The field season of the Polish Archaeological Mission "Olbia" lasted from 5 July to 14 August, with excavations between July 12 and August 5, and documentation until August 13. Four new squares (100 m2) were excavated on the eastern and southern sides even as the surface of the "old" excavation was cleaned after a three-year break in fieldwork and three ancient pits were investigated. By the end of the season the level of the youngest ("Hunnic") cultural layer was reached in all of the squares. Here, stone architectural debris was found to cover at least two more rooms of the residential complex identified in previous seasons. A breakdown in the weather during the last days of excavations did not permit the complete removal of the rubble this season. Nevertheless, current work combined with the results of previous research has revealed evidence for at least three construction phases of the complex, which functioned from the end of the 3rd century to the beginning (perhaps even the middle) of the 5th century.

Several thousand individual artifacts were recorded from the excavation, including 187 objects that were distinguished for their scientific significance. Ceramics were the most numerous finds, followed by metal artifacts, and glass and bone products. Handmade ceramics typical of the Cherniakov culture draw the most attention among the pottery finds, while scientifically the most valuable among the metal finds are over forty coins, including a Roman sestertius and a drachm from Caesarea in Cappadocia, two Roman denarii, one barbarian imitation of a denarius and a debased antoninianus minted during the reign of Emperor Valerian I (253–260). A tentative identification of skates made of animal bones needs to be confirmed (they could have been used for smoothing plaster).

The trench was secured for the winter with foil kept in place with a layer of earth.

The results of the season are currently under analysis, but already it can be said that we have added significantly to the data on the construction complex from the last settlement phase at Olbia. The excavations this year have also corroborated the validity of our conclusions from the previous three years of research regarding the dating (the end of settlement is placed in the first half of the 5th century) and the cultural provenance (Cherniakov Culture) of the site. 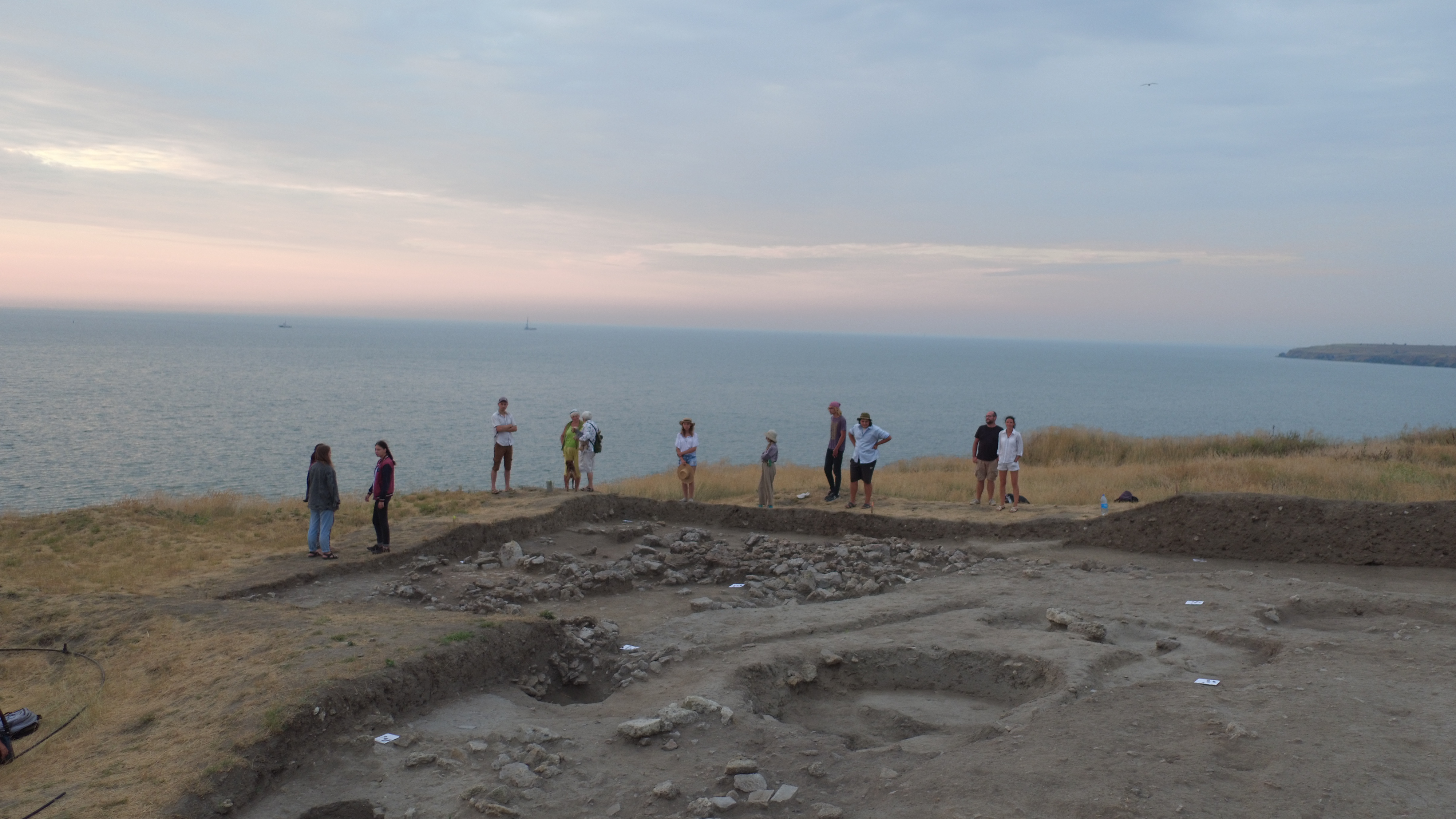 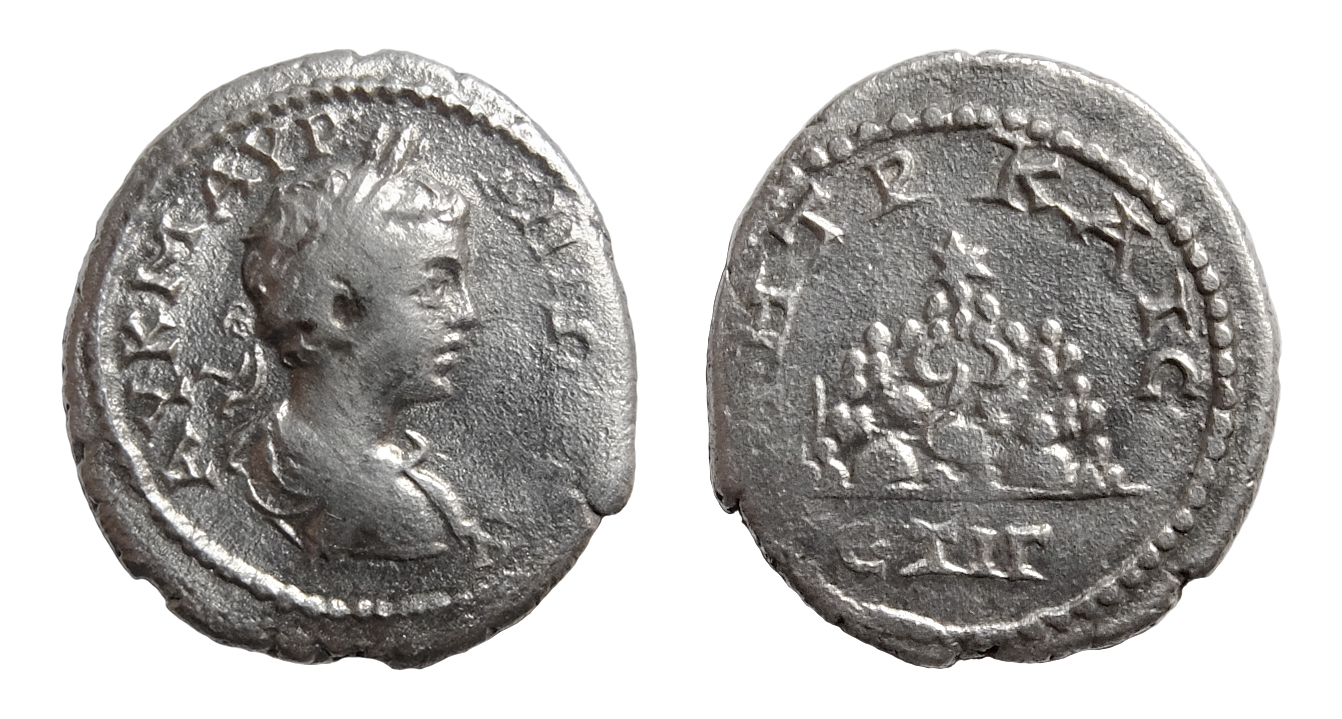