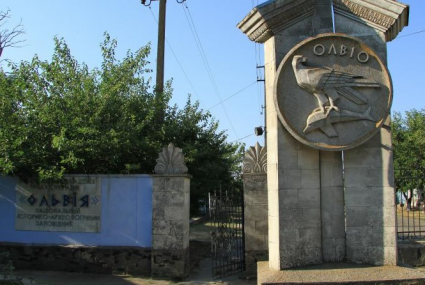 In 2008 the National Museum of Warsaw began archaeological excavations in Crimea at the site of an ancient Greek town of Tyritake (Kerch), which was founded by Greeks in 6th century BC. Six years of active work brought many interesting findings and discoveries, but after the annexation of Crimea by the Russian Federation in 2014 the archaeological research was suspended for an indefinite period. After a year long pause, the Museum renewed collaboration with Ukrainian colleagues as part of the modified project “Antique monuments of the Black Sea” in the new location: Olbia, one of the richest and most important Greek colonies in this part of the Black Sea coast.

The exhibition will open on July 15 (Sunday) at 12:00 in the round-table format with the participation of Dr. Alfred Twardecki, the head of the Polish archeological mission, and his Ukrainian colleague, Doctor of Historical Sciences Alla Buiskhykh. Ambassador Extraordinary and Plenipotentiary of the Republic of Poland in Ukraine Jan Piekło, General Consul of the Republic of Poland in Odesa Dariusz Szewczyk and director of the Polish Institute in Kyiv Bartosz Musiałowicz will take part in the official opening of the exhibition.